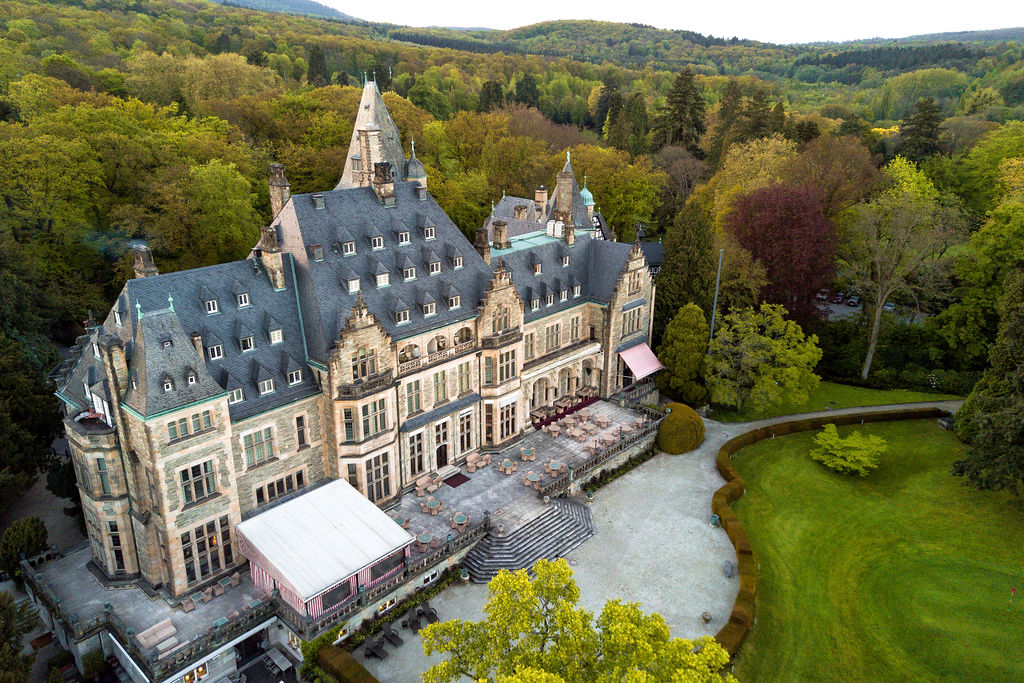 Coaching in Kronberg – Use the change in the world for yourself

Because we are currently experiencing intense changes in the world, a lot seems to be in motion in our lives as well. Use the change for your personal development! in the Coaching Let's talk about you and your specific situation so that you can experience new strength, clarity and an inner alignment that is right for you. Coaching describes an individual consultation process, the objective of which is private and professional area can lie. speak at the same time the coach and his coachee in Confidential, helpful and solution-oriented one-on-one conversation about your concerns. The topics of the coaching in Kronberg are as individual as the clients themselves. They range from wishes and goals to problems and conflicts - in all areas of work and life.

Our goal is that the client receives new perspectives, appreciative feedback and a changed attitude towards life and work. After all, it's not about putting a coaching pattern on every coachee, but about the exact opposite: the tailor-made solution for the respective one life situation of the client to develop. Coaching gives you the opportunity to consciously experience and shape personal change. You get to know yourself better and develop a strong position that matches your inner values. Problems and crises can be clarified and wishes and dreams can be implemented. You want to change something? Talk to us! We from coaching institute We look forward to finding your way together with you - the change begins. Now!

Our coaching in Kronberg - For more success in life

Working and living in a new era: with ours Coaching we support Teams and individuals to fulfill their potential, deepen their relationships and master the demands of a dynamic working world. In the coaching process, we help people to recognize and regain their own potential and strengths. After all, all solutions are inherent in a person's personality. Your coach from the Coaching Institute will help you to discover and activate them.

Many clients in our coaching in Kronberg are surprised to find out which of their own abilities have been buried over time by everyday life and routine and hardly noticed. The external view in coaching helps to bring such skills, competences and strengths back to light and to bring them to bear accordingly. Your coaching institute offers you a protected framework to deal with current questions, problems and life issues in a goal-oriented manner. Your coach will ask you questions, provide impulses, help with structuring and sorting and is your ally on the way to a good, sustainable solution.

In our coaching in Kronberg, we connect generations and skills that have the ability to sustainably promote willingness to change and growth. We combine proven management practice with the latest findings in brain research. From the practice for the practice. Contact us from the Coaching Institute in an uncomplicated and non-binding manner from Kronberg or the Rhine-Main area! The first 30 minutes of our coaching are to get to know each other and are free of charge for you! We look forward to hearing from you when you are ready!

Experience Kronberg with your coaching institute

Kronberg im Taunus has retained its historical character in many places over the centuries. Kronberg Castle as the core of the settlement, the picturesque old town streets with their medieval-looking half-timbered houses: It is a pleasure to stroll through Kronberg's old town and immerse yourself in the atmosphere of the streets and alleys, the stairways and corners. It goes without saying that you encounter the history – and the stories – of the city at every turn. The lords of Kronberg received city rights for the settlement near the castle in 1330 and were allowed to wall it around. Remains of the walls are still preserved, as well as one of the gates - the Eichentor in Eichenstraße. Other buildings of the Lords of Kronberg include the former stately residential building Hellhof, the house "Drei Ritter" and the "Hospital" for the care of the poor at Talstraße 5. Centrally located in Kronberg im Taunus is the Johanniskirche, built from 1440, with impressive tombstones von Kronberg and the painted wooden barrel vault. Immediately next to the evangelical church is the "Streitkirche", which was built as a Catholic church under the rule of the Electors of Mainz, but was never consecrated as such. The former office building “Receptur”, whose courtyard opens behind a 16th-century archway, also dates from the Electorate of Mainz. Opposite is the “Zum Adler” inn, which was rebuilt after the city fire of 1780 and was once the meeting place for painters from the artist colony.

Thanks to the Kronberg Academy, Kronberg is the world capital of the cello. Workshops, festivals for string instruments and master classes for cello and violin lead world-renowned soloists and highly talented young musicians from all over the world to make music together in Kronberg im Taunus. Public rehearsals and lessons let you feel the enthusiasm with which mastery is conveyed and received. “With music together”, “Chamber Music connects the world” and of course the “Kronberg Academy Festival” in autumn are among the highlights of the city’s cultural offerings. Fruit growing has a long tradition in Kronberg and orchards have always been part of the town's landscape. Johann Ludwig Christ developed Kronberg into a center for fruit growing in southern Hesse. The variety of fruit varieties grown here was immense: apples, pears, cherries, quince, plums, greengage, but above all Mirabelle plums. In the 20th century, Kronberg's commercial fruit growing turned into a cultural heritage.

The variety of cultural life in the city of Kronberg im Taunus is remarkable. It is supported and shaped by the commitment of municipal and private organizations and clubs. Cultural associations and foundations, institutions maintained by the city such as the Kronberg Cultural Circle or municipal facilities such as the art school and the city library make up Kronberg's colorful cultural scene. Experience the historic city of Kronberg with us during personal coaching!

What is coaching?
Coaching supports people on a case-by-case basis in a professional context to successfully deal with the challenges of everyday life. It is based on voluntariness, mutual respect and trust. The conversation aims to promote self-reflection and self-awareness. Awareness, responsibility and self-management are emphasized. Coaching is time-limited, result-, solution- and resource-oriented.
What do you think a coach should be able to do?
Professional coaches should be able to empathize with the customer's professional reality, ie ideally they should have their own professional experience as an employee, manager or entrepreneur (professional competence). From our point of view, a coach should enjoy working with people and should generally be convinced of the development abilities of others (personal competence). He should accompany you during the coaching with specific questions and methods to find your own solutions.
How long does a coaching session last?
The duration depends on the occasion and content of the conversation. A session is usually between 60 and 120 minutes, in a few exceptional cases 2 to 3 hours.
When does a coaching session make sense for me?
We are not victims of our circumstances, we are what we make of them. A personal conversation often creates clarity, a change of perspective and new strategies for quick and sustainable solutions. If you have the feeling that professional coaching would be a good and right step for you, then it is often worth trusting this feeling.
How do I know if you can help me with my request?
In a free preliminary telephone call, we can realistically assess whether we are the right contact person for your request. Clients often come to us with problems that they believe that no one else can understand or even solve, and are then quite surprised that the problems are not so unique and, above all, unsolvable.
Can I also get a coaching appointment as a working person?
We have flexible times in the early morning or late evening especially for working people. Feel free to contact us so that we can find a suitable date together. It is important that the appointment fits your schedule as well as your biorhythm, because the most effective way to start coaching is with energy, a fresh mind and motivation.
Non-binding inquiry